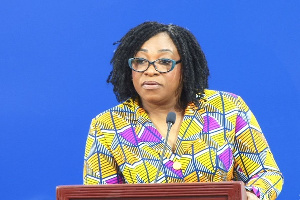 Ghana’s Embassy in Belgium has been directed to close all its four accounts with its bankers, the ING Bank latest by November 12, 2020.

The order from ING Bank means the Embassy has until the given date to close all four accounts and open new accounts in a different bank where all funds will subsequently be moved into.

According to a report filed by investigative journalist, Manasseh Azure Awuni, the directive comes on the back of alleged financial malfeasance in the embassy.

However, the Foreign Affairs Minister and Ghana’s Ambassador to Belgium have vehemently refuted this allegation.

Ambassador Sena Siaw Boateng insisted that due to the cashless nature of operations in Belgium, all financial expenditures could be traced, therefore making it barely possible for financial malfeasance to be undertaken by any individual or group.

Foreign Affairs Minister, Shirley Ayorkor Botchwey also said per investigations conducted so far, the reason for the bank’s decision could be as a result of a recent blacklist of Ghana and some other African countries by the EU on the basis of non-compliance with money laundering and terrorism financing regulations.

However, attempts by her outfit to reverse the decision by the ING Bank has proven futile.

The ING Bank on the other hand has given indication that its decision was premised on article 59 of the bank’s General Regulations. The said article reads;

“Without prejudice to the provisions stipulated by specific agreements or regulations, in particular the Special Regulations for Payment Transactions, for Transactions and services covered by these Regulations, both the Client and ING may – without being required to justify their decision – terminate all or part of the business relationship they have entered into, subject, where appropriate and at the request of the other party, to compensation for any loss suffered as a result thereof, which the other party shall substantiate. The party which wishes to terminate its business relations shall notify the other party of its decision in writing…”

Meanwhile, Shirley Ayorkor Botchwey has indicated that steps have already commenced in collaboration with the Controller and Accountant Department to secure new account opening elsewhere.